This week is probably the busiest music week I have ever had at McMurdo. I’m playing with two groups at open mic tonight, I’m playing jazz music with a vibraphone player on Friday night, and I’m playing at the carpentry building (“carp shop”) party on Saturday night. I’m also recording some fiddle tracks with a guitarist who’s making a demo for a record company out east, which means there’s a tiny, tiny chance I’ll be on an actual studio-recorded album someday.

I like having music abilities that are so sought after here, but I kind of wish I could clone myself. Or get another fiddler down here to split the strings-playing duties.

Nothing big has happened lately. It’s getting colder and darker. The sun rose at around 9:20 and will set at about 4:30 today. The last sunrise will be two weeks from today. I’ve started learning how to take night photos with the Nikon my boss left for me to use (Thanks Ralph!) and I have another interview for The Antarctic Sun lined up. I still enjoy my job. I often go to bed looking forward to going to work the next day, which is always a good sign. With a six-day, 54-hour work week, it’s easy to feed workaholic tendencies at McMurdo. 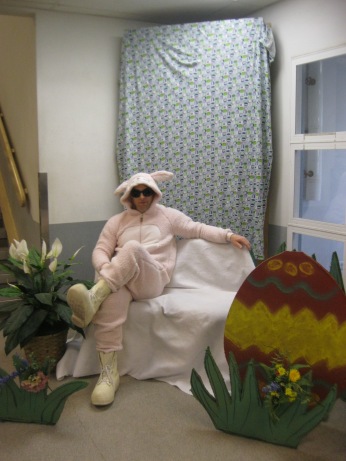 Chris from the waste dept. dressed up for Easter. 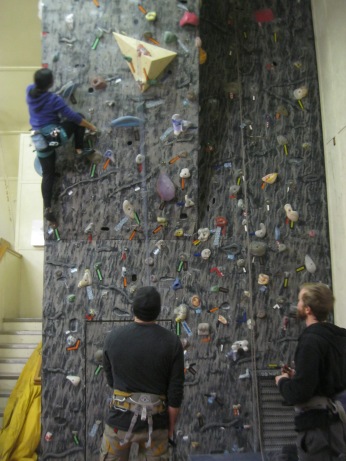 Climbing with Lee, Brian, and Joel. 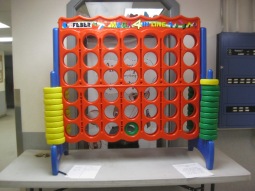 Someone set up a giant Connect Four outside the galley. It ahs since been replaced by jenga. 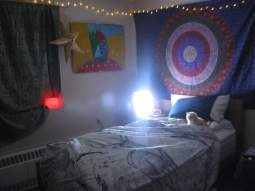 My room, with a UV lamp! 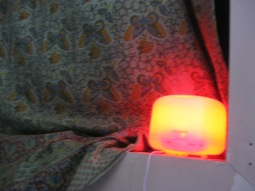 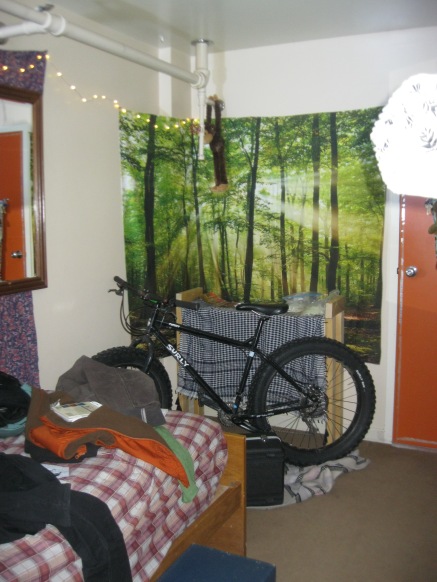 Yes, I have a fat tire bike for the winter.

Ray, one of the engineers at NASA’s satelite monitoring station at McMurdo, talking about NASA’s work here. 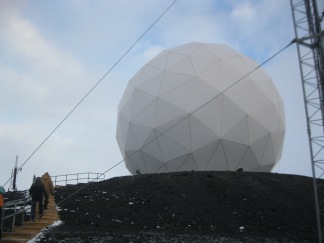 NASA’s satellite-monitoring dish is inside this radome. 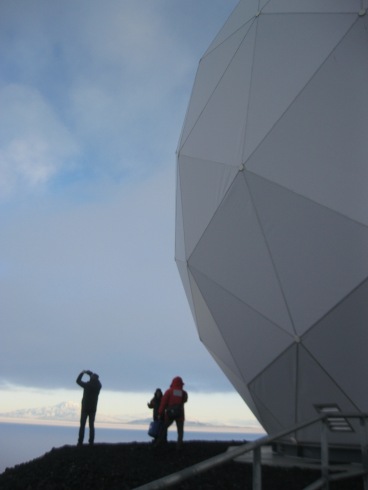 The IT and comms dept. taking photos. 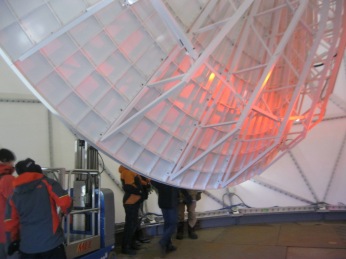 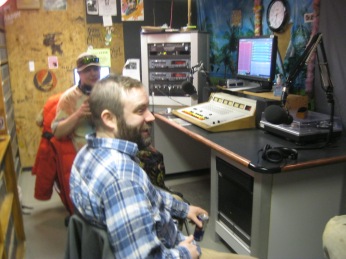 Doug and Steve on Ice Radio.