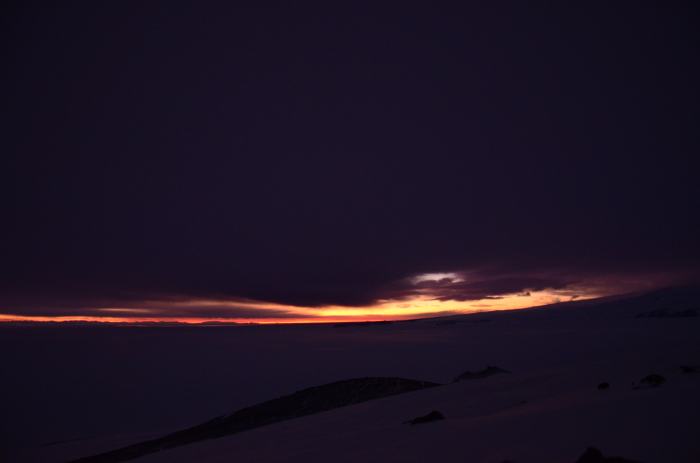 Eating fresh tomatoes for the first time since April

Folks lining up to get their mail!

The first sunrise isn’t until August 19th, but folks at McMurdo are starting to get a taste of the sunrise for a few hours every afternoon. The horizon beyond Hut Point is lit up with cold, red, and purple, the Transantarctic Mountains can be faintly seen in the distance, and the land is bathed in a deep blue light just a shade lighter than the 24-hour Polar Night we’ve had since May.

Three friends and I went on a seven-mile round trip hike the other day. It was cloudy and we couldn’t see many stars, but we were treated to some beautiful pre-sunrise light on the horizon for a few hours.

In other news, the midwinter flight, which was delayed three weeks, finally arrived and departed, bringing us much longed-for mail and fresh vegetables.

I ate a salad for the first time in three months. It was awesome. 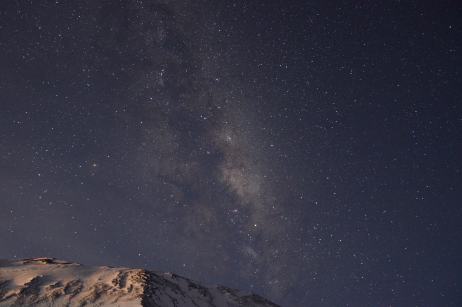 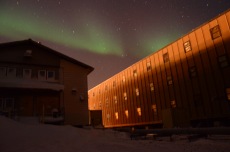 An aurora over town a few weeks ago

Discovery Hut on a cloudy day

The Ice shelf looking towards Scott Base

Pre-sunrise in the middle of the afternoon

One thought on “Light Cracks the Sky”