My fourth and final month is starting out at a glacial pace.

A few people here have told me that January is a slow month. The holidays are over, the LC-130 planes stop bringing fresh vegetables (“freshies”), and people start applying for jobs for next season and making off-season plans.

I’m not sure what to make of all this. On one hand, the thought of leaving McMurdo and my friends here kills me. On the other hand, I’m really looking forward to heat, humidity, trees, rain, wifi, dark skies at night, and salads. Mostly salads.

In thinking more about my six-week post-ice adventure in New Zealand and Australia, I’m realizing how institutionalized I’ve gotten at McMurdo. With my shelter and food paid for, three meals a day cooked by someone else, and doing my job and and filing out my timecard my only big responsibilities here, doing things like booking hostels and buying bus tickets feels far more daunting than it normally would. As cool as it will be to visit Auckland and Melbourne, and to work for Australian Tibetan buddhists for up to four weeks and harvest veggies and sit in on meditations and maybe see kangaroos and delay my return to Madison until it’s a bit warmer, part of me wants to fly straight home, curl up in my old bed in my old room at my parents’ house, and just sleep and decompress for a few days.

When I got back to Madison after bopping around Europe for seven months in 2014, all my experiences across the Atlantic that had completely absorbed me and become my whole world suddenly seemed distant and unreal. I had created a whole new life in a faraway world, and it no longer felt like mine. There was a period for a few days when I felt like I was trying to live in two places at once, until time and resettlement into Madison life healed the homesickness I felt for my places and people in Europe.

I suspect I will have a similar experience leaving Antarctica, and I suspect there will be differences as well. I don’t know what they will be. I’m older this time. I know myself better. I’m more confident in what I am capable of. And I stayed in one place longer; much longer than I did in Europe.

And I don’t know how much I want to resettle in Madison. It’s been my home for most of my life, but part of me feels like I’ve outgrown it. Or at least, I’ve exhausted opportunities that feel like good learning experiences or career moves. I put in five years at Wisconsin Public Radio and met amazing people there, but had low pay, no benefits, and not one offer of a permanent position, despite half a dozen attempts. Evening though I think I would be welcomed back, I think it would feel like putting on a beloved shirt that no longer fit right. WORT will probably never hire me. They know me too well 🙂

So maybe I’ll go to Philadelphia. Maybe Minneapolis. Maybe bum around Seattle for a while, since I have almost as many radio people out there as I do in Madison. Maybe I’ll do the Workaway jobs I’ve been wanting to do for a while: Feltmaking in Istanbul, blacksmithing and French language learning in France, hostel work in northern Canada, and community radio work in Ecuador.

I’m a little worried about coming back to Madison and keeping myself occupied. I won’t have a job, and I’m not sure what kind of health insurance I’ll have. I haven’t made any firm plans beyond early April when I get back, which is mostly exciting. 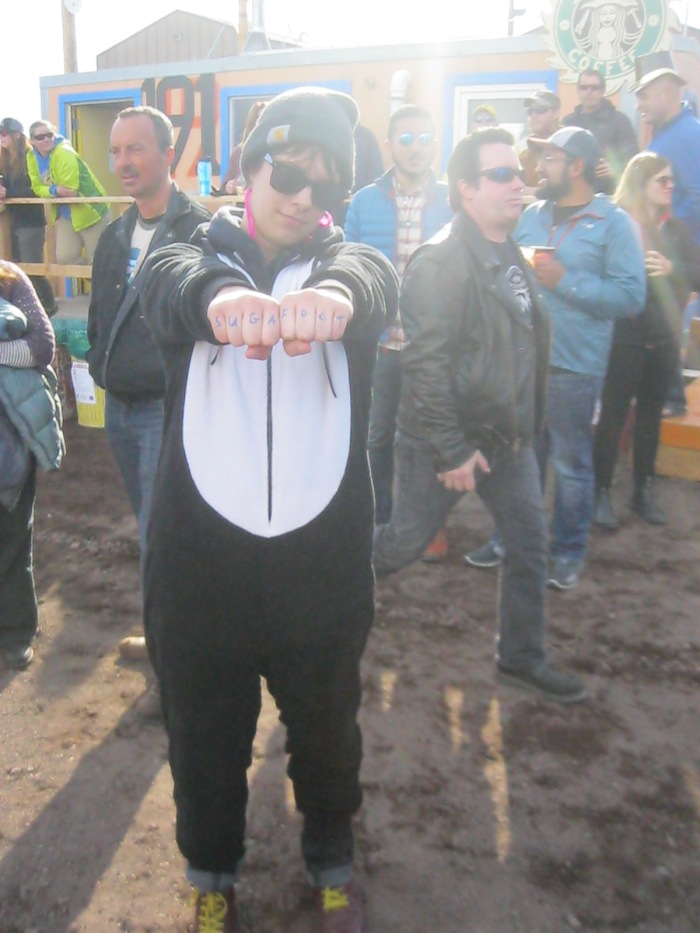